I am finally back from the Northern Territory and those of you who read last week's Cider Sunday post would know that I went Croc Jumping on the Adelaide River. It was an awesome experience and I have a few pics to share with you all and a post on it's way. But first things first! 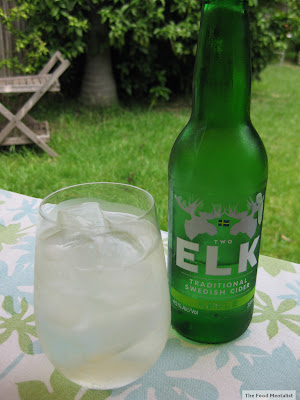 This week's cider is one I came across on Friday night. It's called Two Elk and it's my new favourite. This comes as no surprise either, as it's from Sweden. Some of you may recall my review of Herrljunga +46 Apple Cider in early November. This one is very similar but I would have to say it's even better!

It is marketed as a traditional Swedish cider and it's brewed using the purest Swedish springwater and uses only natural ingredients.It has a very crisp and fresh taste with a clean finish. It's colour is practically clear and its sweetness is perfectly balanced.

In my opinion, this cider is just divine!

This one will pair with just about anything. It's flavour is not overpowering and it works well with summer salads, seafood and barbequed meats. A fruity dessert will also pair very well.

Make sure you try this one - its delicious!

As the Swedes say, SKAL! , it means cheers! 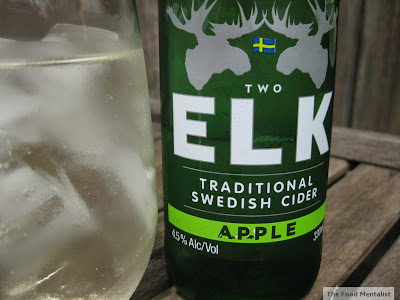