“It’s just a jump to the left”

The Rocky Horror Show, the musical, has been popular with audiences around the world for over 40 years and it’s easy to see why. It’s fun, energetic and just a little bit different.

Having only vague memories of the movie as a child I was unsure as to what to expect on opening night at Sydney's Lyric Theatre.

I was blown away.

Overall, performances were stunning. A great combination of witty dialogue, singing, dancing, great costumes and lots and lots of fun.

Starting with the lead - Craig McLaughlin, who won the 2014 Helpmann Award for Best Male Actor in a Musical for his performance in last year’s Rocky Horror Show in Melbourne, is amazing as Frank N Furter. With only the occasional Aussie twang sneaking into the dialogue early on in the show, he does a fantastic job as the risqué character.

Amy Lehpamer is equally impressive as Janet and Stephen Mahy is convincing as her partner Brad. I am a huge fan of Lehpamer, having seen her perform as Christine Colgate in the 2013 Sydney production of Dirty Rotten Scoundrels.

Bert Newton is refreshing as the Narrator, his quick wit, experience and professionalism evident as he plays off responses from the audience.

In fact, all the performers deserve praise for their roles.

The audience is encouraged to participate, particularly during The Time Warp when most of the audience jumps to their feet bouncing away to the set moves. The die-hard fans that arrived in themed costume also impressed us. It adds to the fun vibe of the show.

A crazy, fun and sexy night out. Highly recommended.

Sydney – Until the end of May
Melbourne – From 12 June… 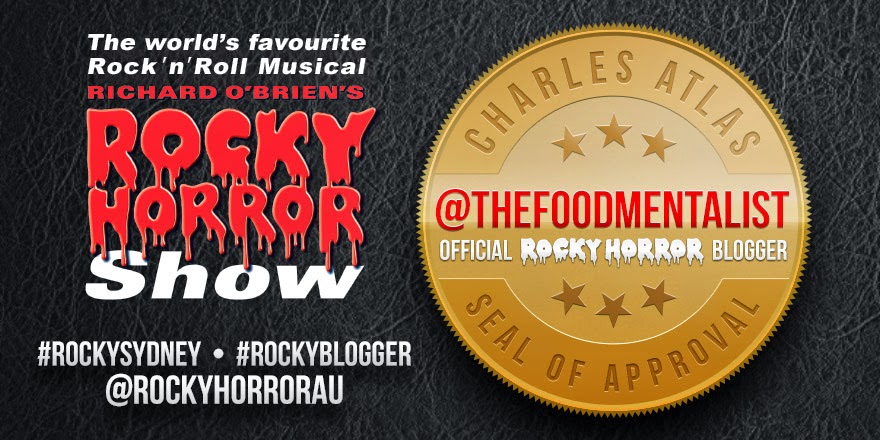