Every year brewers from around the globe descend on Australia in search of the perfect hop harvest. Whilst some of the harvest is earmarked for export, there is a growing demand for unique craft beer flavours here in Australia. 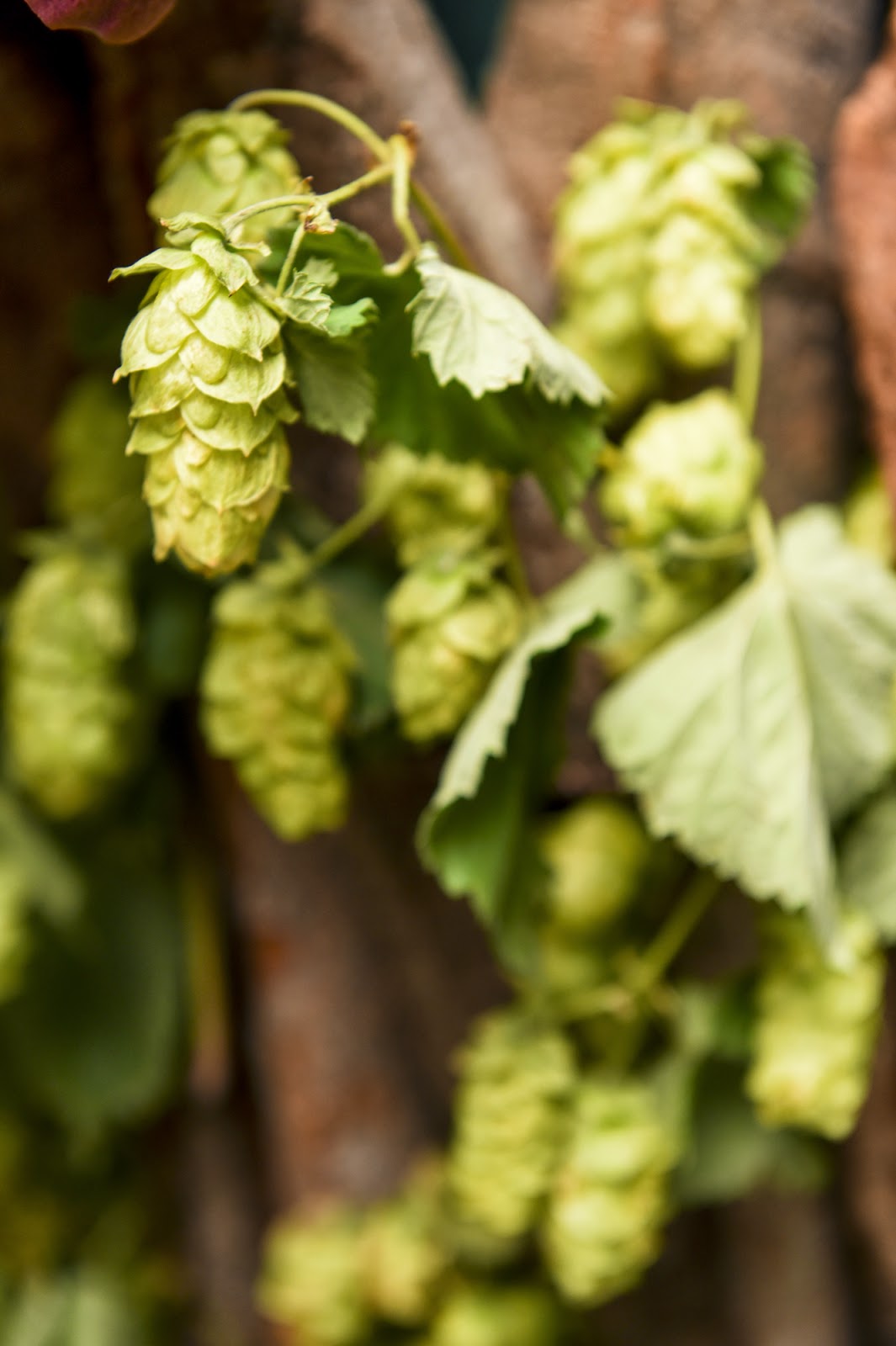 Located approximately 60km from Hobart, Tasmania, is Bushy Park - home to the biggest hop garden in the Southern Hemisphere. Tim Charody, known as The Beer Pilgrim, recently visited Bushy Park in search of the perfect hop. 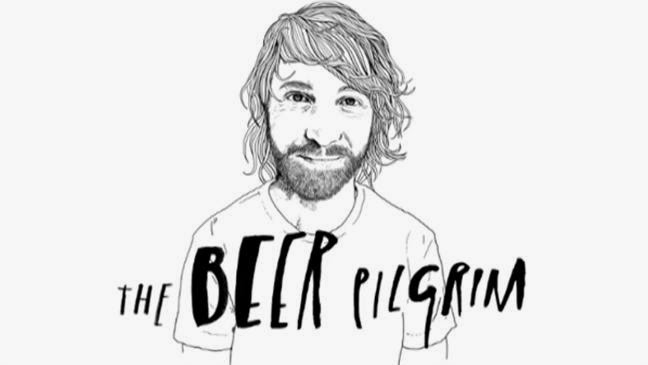 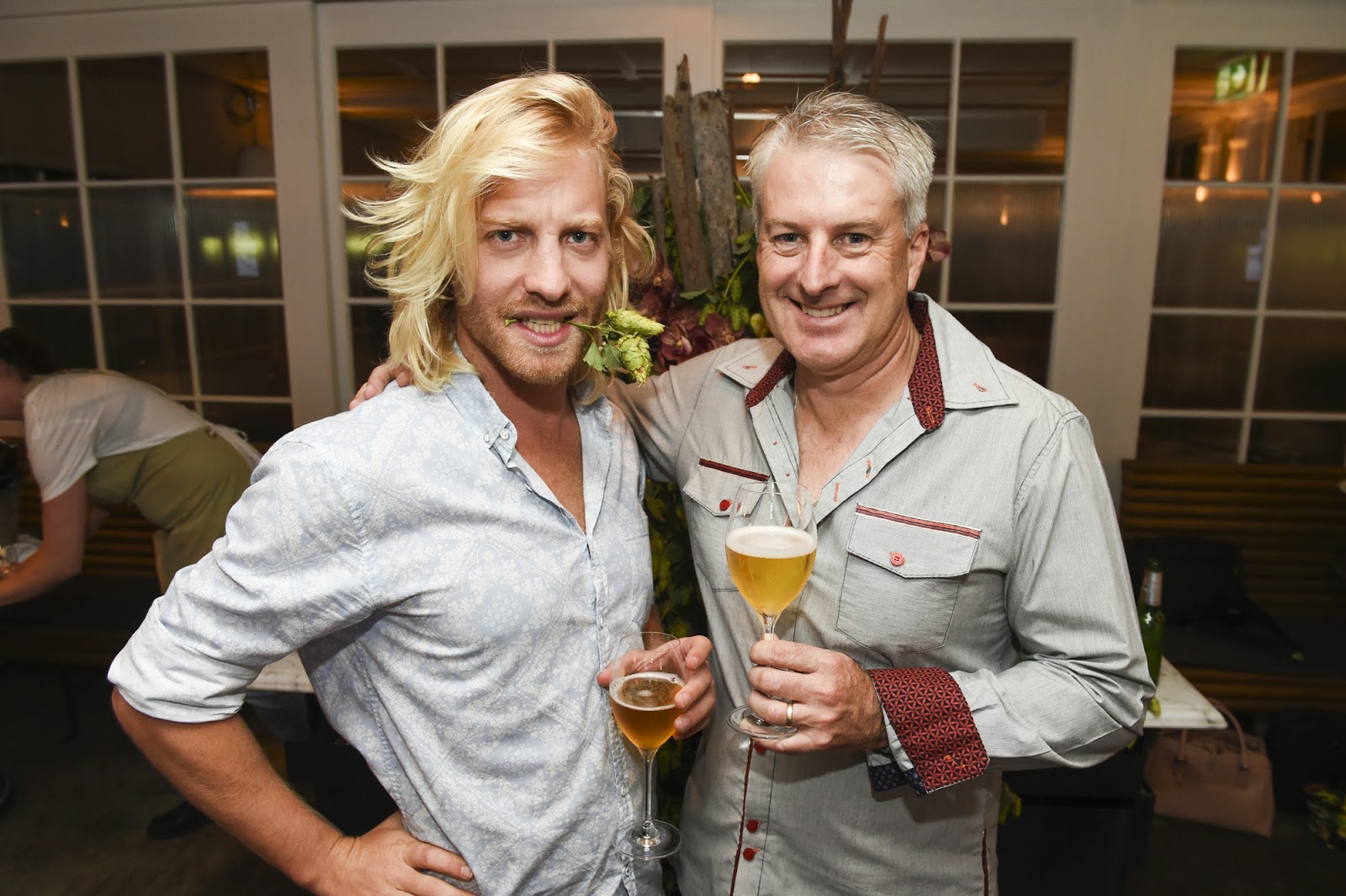 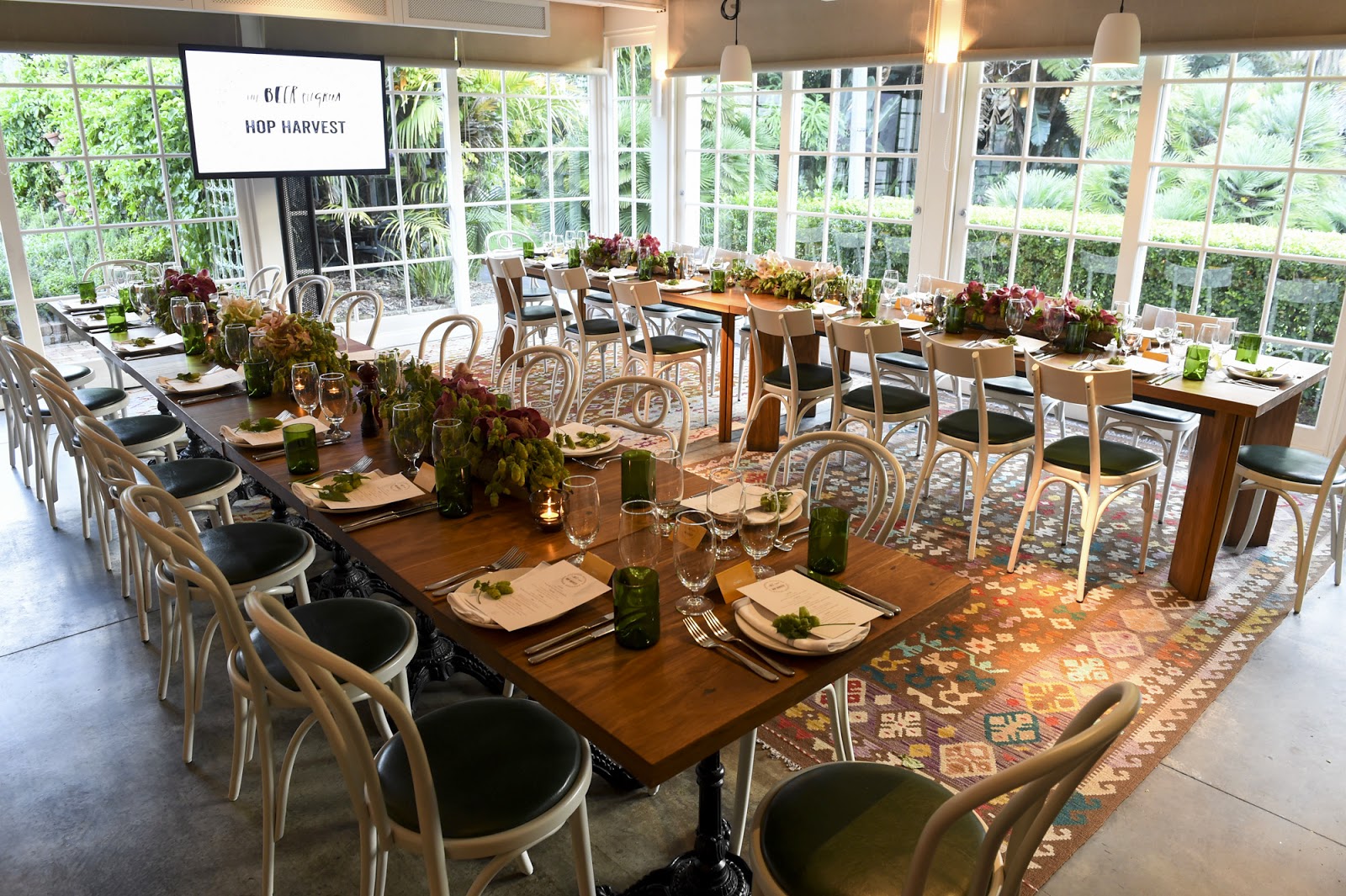 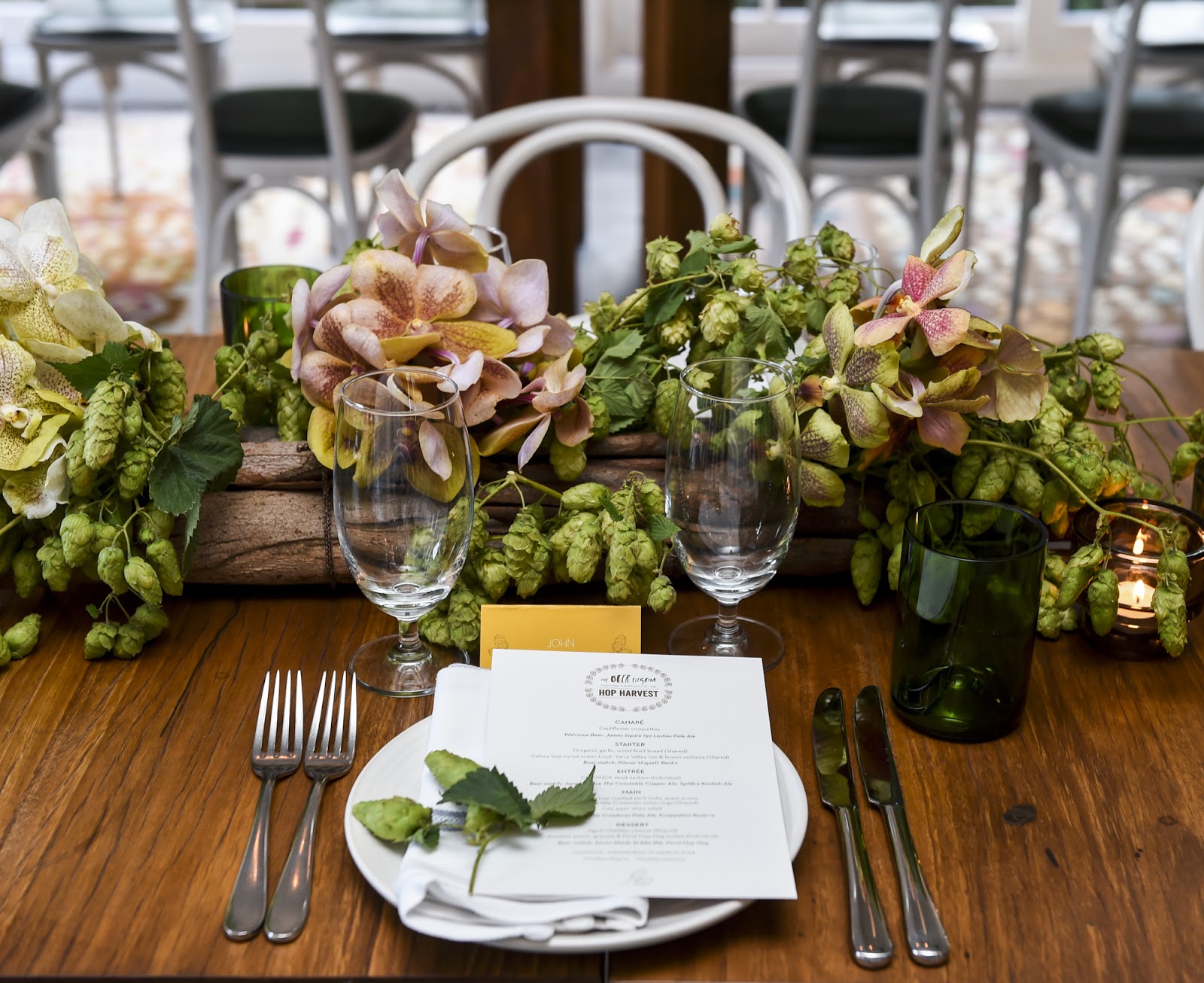 Next, we were treated to shared platters of wood fired bread, studded with garlic and oregano sourced from the restaurant's on-site garden. A Galaxy hop cured ocean trout with Yarra Valley roe and lemon verbena was also served, paired with Beck's and Pilsner Urquell beers. Of the two beers, I much preferred the Pilsner made with Saaz hops. 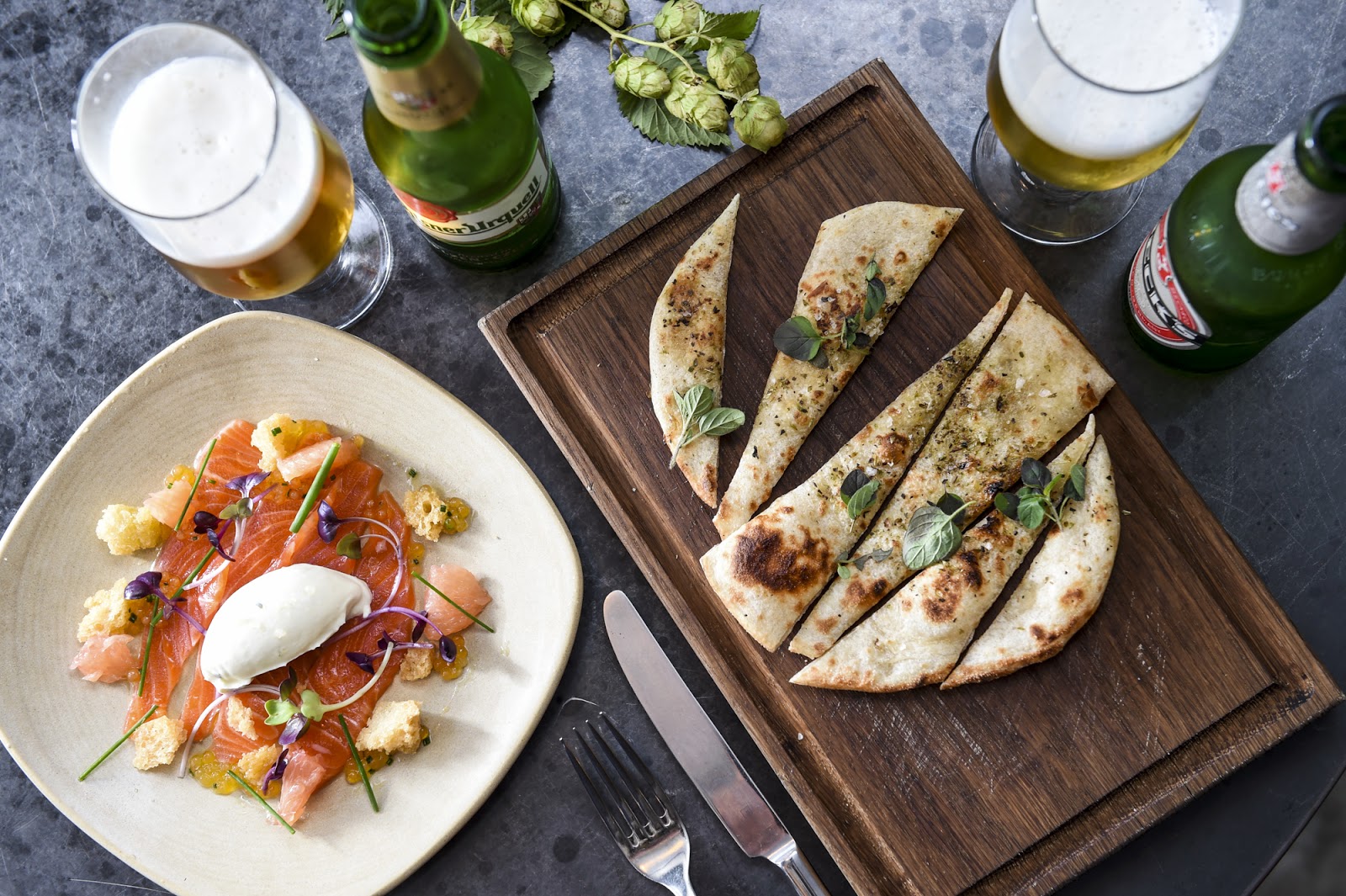 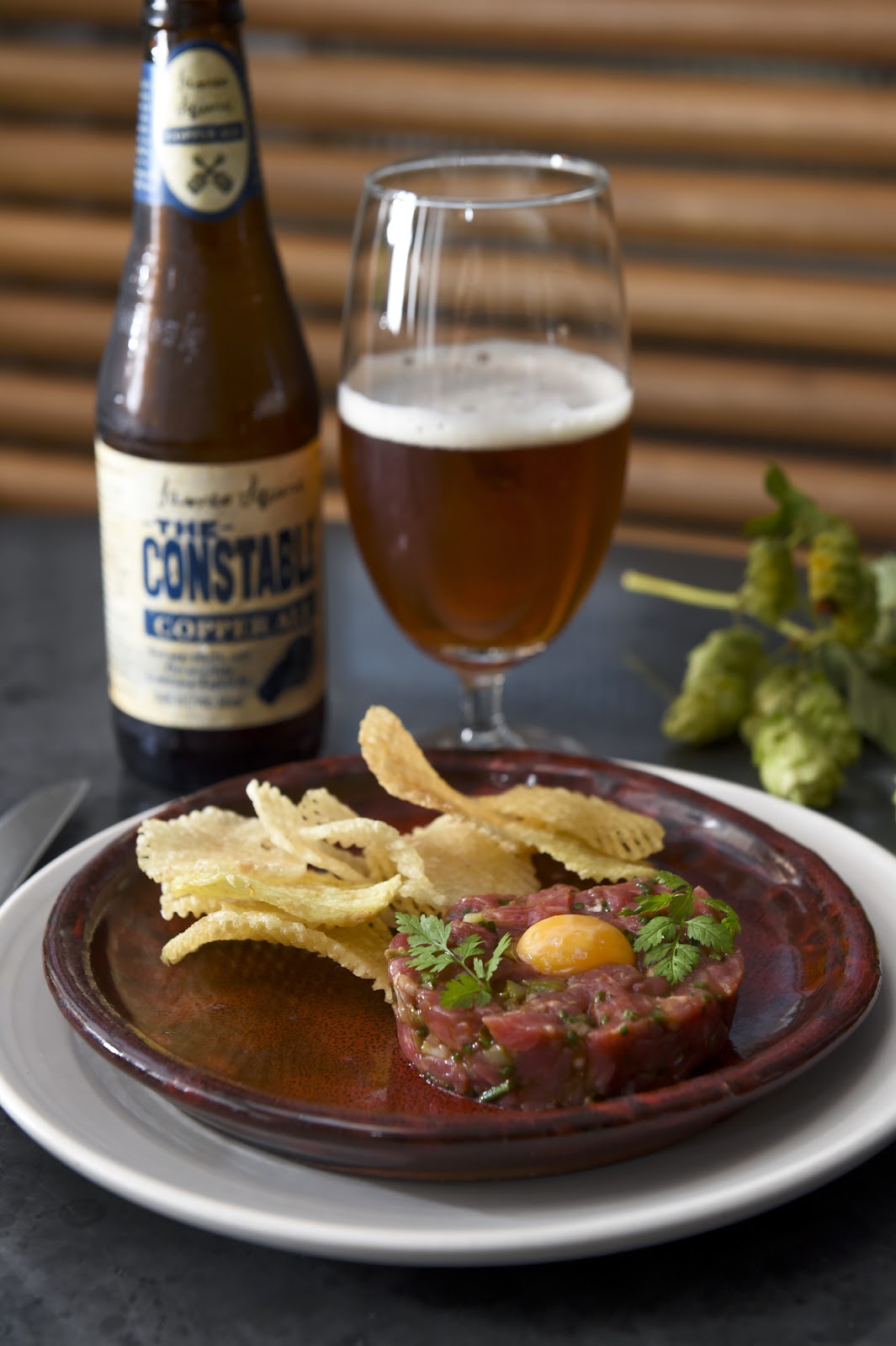 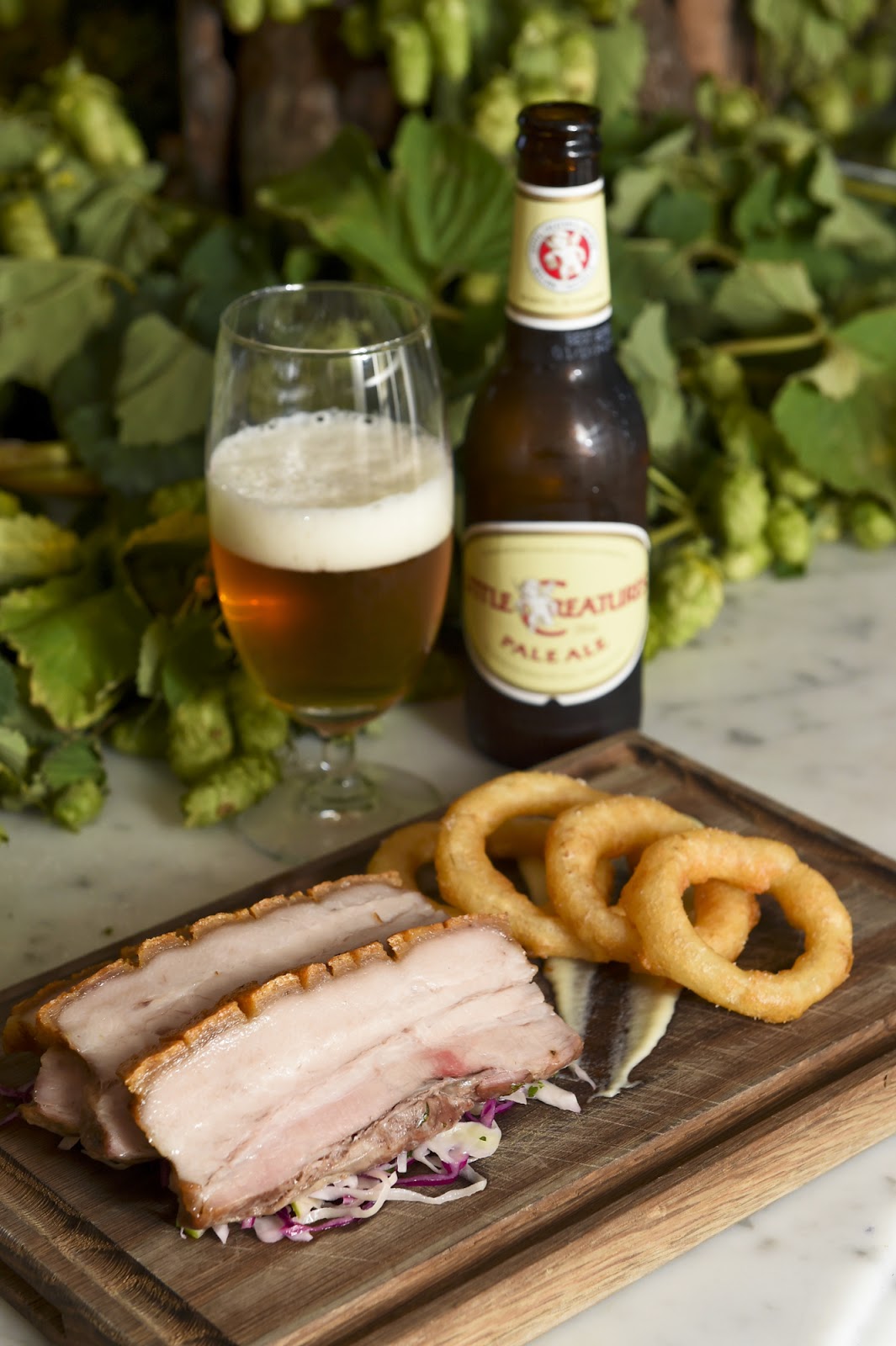 The pork crackling was crunchy, well seasoned and delicious however the pork was slightly chewy and not overly hot - I suspect it's temperature contributed to it's said texture. The apple puree was silky and aromatic and helped to lift the pork. The onion rings were a lovely indulgence.

My favourite meal of the evening was the dessert. First we shared platters of moorish aged cheddar which was golden orange, crumbly and had a lovely bite to it. The paired beers both went well with the cheese. 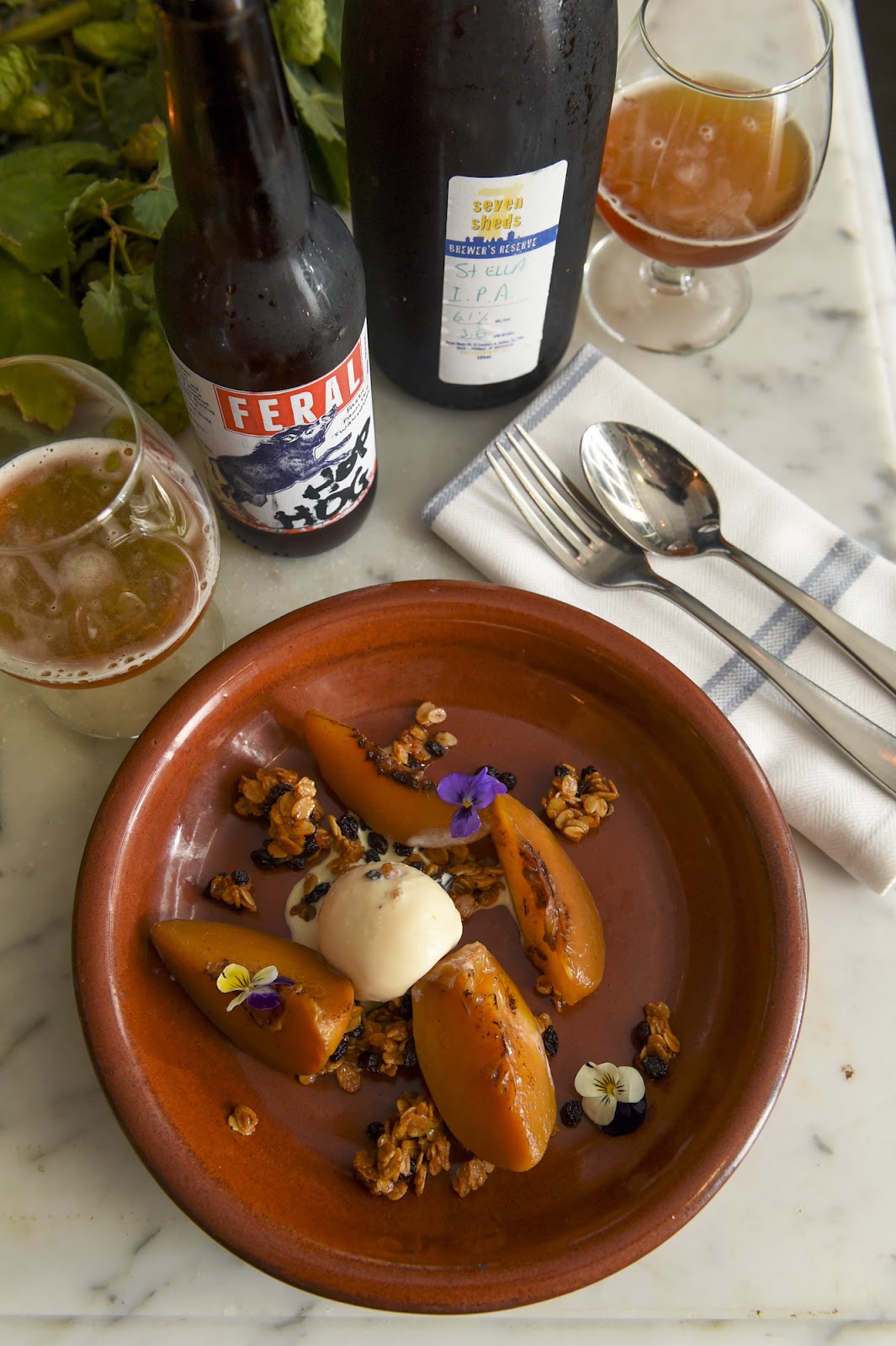 The peach segments had been roasted to perfection and were easy to cut through with my spoon. They paired well with the chewy honeyed granola with currants and creamy hop infused ice cream. The flavour of the ice cream was subtle and not overly sweet which worked well to cut through the caramel sweetness of the granola.

This gorgeous Autumn hop-inspired dish was the perfect ending to the evening.