Oh look, someone else has been given the keys to Cider Sunday. I probably should start by introducing myself. I'm called Frozen Summers all over the Internet but mostly at FrozenBeerReviews.com, where I review beer (and sometimes cider) mostly on video. I also have a podcast over there and I've even been known to type things in a web log (or blog) from time to time.So, let's start by talking about the spectrum of cider. At one end there is the kind that is made from nothing but fresh crushed apples fermented with naturally occurring yeast in small batches by people who really care about making a quality product that reflects the natural flavour and complexity of the fruit, and at the other we have this abomination of desolation (spoiler alert).Rekorderlig, whether we like to admit it or not, is the main driver of the current cider trend. Mostly due to young whippersnappers moving on from RTDs but still wanting something that is sweeter than a bowl of sugar and doesn't taste at all like alcohol. Or fruit. Or anything natural really. Which is why even classic cider brands like Strongbow & Magners have released flavoured ciders. 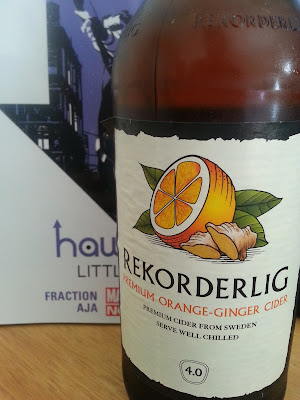 Which brings us to Rekorderlig Premium Orange-Ginger Cider. Just like the rest of the range it boasts of being "Made from the purest Swedish spring water". Which is equivalent to a meat pie claiming to be made from the purest gristle.Poured into a glass it is a pale pink, almost salmon, which colour wise reminds me of the pickled ginger that is typically served with sushi. 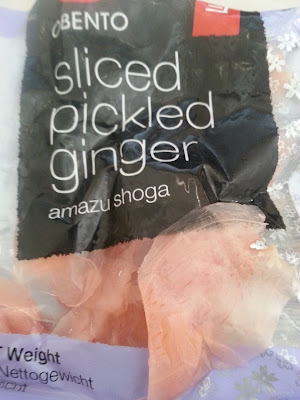 The aroma is filled with sugary sweet citrus, close to what an orange-flavoured soft drink with absolutely no actual fruit juice involved smells like. Just think about a big cup of a cheap generic brand Fanta knock-off. 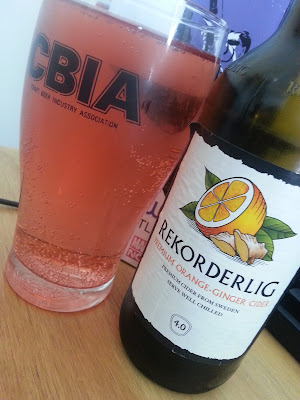 The taste is sweet, which shouldn't shock anyone who has ever had anything from the Rekorderlig range, but with a weird tang. It is like a mad scientist took some pickled ginger and replaced all the spicy bite with sweetness. It's horrid, cloying, and epitomises what is wrong with these RTD style ciders.

Please don't drink this, if you like the idea of ginger in a cider, go and try The Hills Hybrid Apple & Ginger instead.